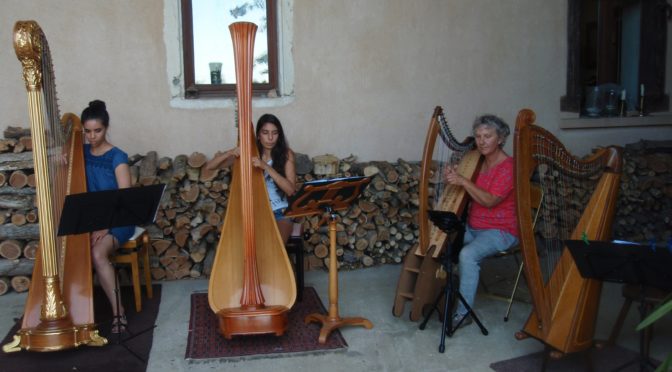 The 2018 harp and voice course took place in August at Musique à la Tour in Arnas. There were  three participants: Columba from The Netherlands; Enora and Amanda from France. All three sang to their own harp accompaniment.  The final concert was a mixture of light French music, which delighted the French audience, as well at Celtic music from Wales, Ireland and Scotland. As well as songs we  performed a few instrumental pieces for four harps. 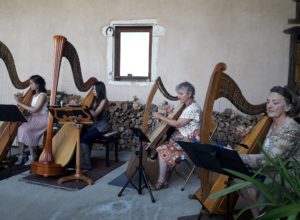 My desire to learn to accompany myself with the harp, took a great leap forward this week. Rachel Ann guided me well, and gave me valuable tips for vocal as well as harp technique. As my co-students were two nice young girls from Paris, my French developed nicely too. 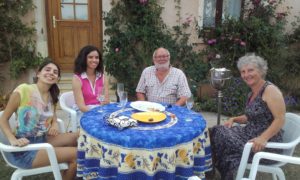 The house, the beautiful surroundings and Maurice’s fabulous attention and cooking contributed to a relaxed and enjoyable atmosphere. As I don’t eat meat, Maurice prepared a special course for me every evening. Not just an omelette, but delicious fish dishes.
Thanks to both for an unforgettable week,
Warm greeting from Columba” 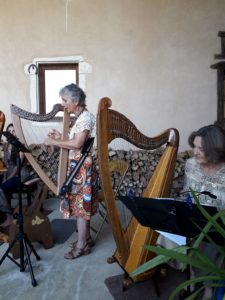